4000 concerts in more than 40 countries across five continents!

The sound and history of guitars from centuries past

In addition to being a professional musician, David Jacques is a collector. "The various guitars that I will bring are all extremely rare instruments and most ones like them are found in museums," he says.

The guitarist will devote about ten minutes to the presentation of each of his guitars from the 17th, 18th and 19th centuries. He will play two or three pieces taken from the repertoire of the era during which each of the instruments was produced while explaining the circumstances surrounding their fabrication and embellishing it all with stories.

Among other instruments, the musician will play a Voboam (1660), a Pracht (1776) and a Coffe (1829). The guitars of the 17th and 18th centuries had ten strings, made up of five double strings. "They were very different from the ones we have now. Some were also smaller and had a different sound." David Jacques is the only person in the world to play an Alexandre Voboam guitar. Although thirty of them can still be found in various countries, the closest one is in a museum in Boston.

A native of Saint-Georges de Beauce in Quebec, David Jacques holds a doctorate in performance of ancient music from the Université de Montréal.

Come see the biggest collection of ancient guitars, never before seen in the Laurentians 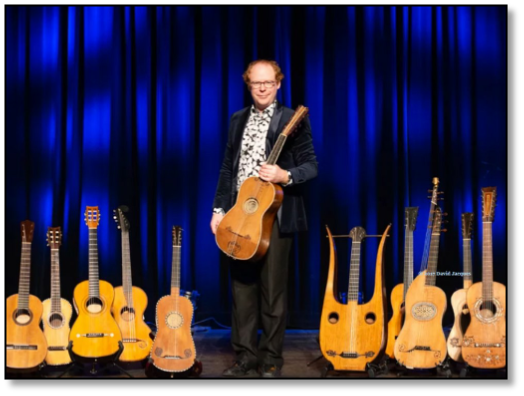 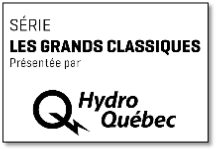