Versailles, 1785. Marie-Antoinette is bored. Her husband, King Louis XVI, prefers to amuse himself by making locks and playing the bassoon rather than looking after her. That's when a mysterious foreign diplomat arrives at court. Discreet, seductive, a virtuoso harpist, he makes the young queen's heart beat rapidly…When Marie-Antoinette decides to organize a concert performance jointly featuring her husband and her new lover, things become a bit more complicated than she had imagined…

In a humorous show presenting the works of Mozart, Grétry, Méhul and Devienne, soprano Marianne Lambert, bassoonist Mathieu Lussier and harpist Valérie Milot amuse themselves and their audience by diving into the gallant but hypocritical atmosphere of Versailles before the French Revolution. They provide a theatrical, spiritual and amusing recital, reviving, while taking some liberties, the melodies that made hearts throb and gave birth to several rivalries.

On sale to the management. 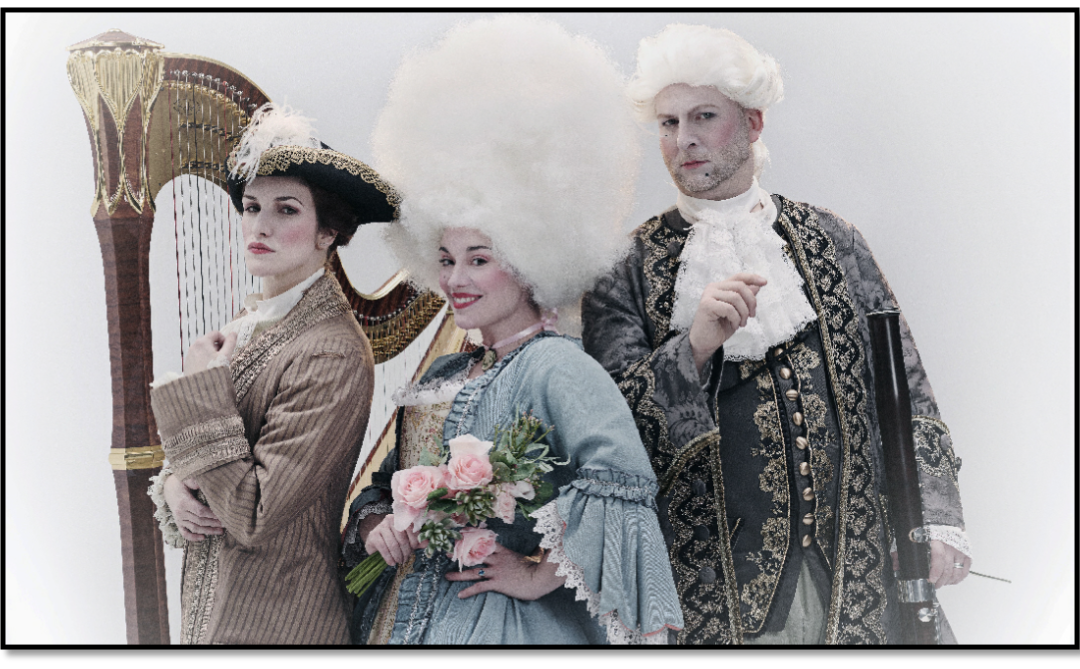